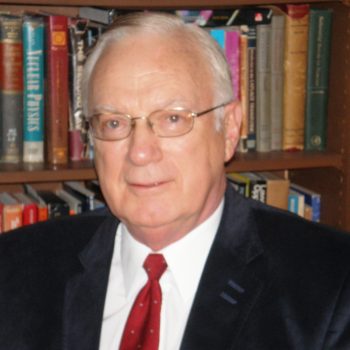 Paul Holody came  to St. Augustine Classical Home School Enrichment Program (SACHEP) from Ave Maria College (AVC) and Henry Ford College (HFC), where he taught physics at all levels, including non-science majors, for 40 years.  While at HFCC he served as Associate Dean of Science (27 years), and Director of European Studies (15 years).  He also chaired the Presidential Committee that established its Honors Program.  His involvement with the American Association of Physics Teachers (AAPT) at the national level and the Michigan Association of Physics Teachers (MAAPT) at the statewide level has enabled a number of his students to present papers based on their undergraduate research with him at national and statewide professional meetings.

At Michigan Stare he was privileged to work under Professors Blosser and Gordon at the Cyclotron, and Osgood in the classroom.  Being himself a student of Lord Rutherford, Osgood would share many enjoyable stories about their work establishing the Nuclear Atom and its characteristics.   Later  Holody would use these experiences to enliven his lectures in Physics.

In every class he enjoys demonstrating the behavior of everyday objects so that his students may delight in the facets of physical law at play.  In recognition for his many contributions, he was honored by the MAAPT with its Physics Education Distinguished Service Award in 2002.

Currently he is drawing on a  lifetime of commitment and enthusiasm for classroom demonstrations and hands-on laboratory exploration to develop and tutor the introductory physics sequence, Principles of Physics I and II.  The intent is to integrate the course within the rest of the offerings, so as to mirror the unity of all Creation.  In this way an equation in Physics seems like a poem often demonstrating the unitas, harmonitas, and claritas familiar from Scholastic aesthetics.