What is a Catholic Classical Liberal Arts education?

To start, let’s say what it is not.  It is not about teaching Latin for its own sake, or reading classical Greek and Roman texts for historical interest. It does not assume that students should do most of the speaking in the classroom, with a tutor merely as a kind of facilitator.  It is not about learning to draw, or speak Spanish, or make movies.  It is not about avoiding books which challenge Church teaching; rather it reads them to see their inadequacy.

So then, what is a Catholic Classical Liberal Arts education?  Its basic premise is that there is a clearly defined set of ideas and books which a student—as an inheritor of the Catholic Western culture–has a right and an obligation to encounter.  These books and ideas are the gifts of at least five thousand years of the greatest minds considering: what is man’s relationship to God, to his fellow humans, and to the world he is placed in?  They teach us who we are, on a much deeper level than any of us can attain by our short life’s experiences.  They are a body of knowledge which requires great acuity of reading and writing to comprehend and express, as well as teachers who know the tradition far more deeply than often is encountered at even a college level.  At the center of this education of the soul are literature, history, philosophy, and theology.  Mathematics and science are an integral description of God’s world, and many other subjects are also helpful.  If students take these ideas seriously, they will know 1) that they are called to a moral obligation to live out the truth; 2) the reasonableness and beauty of the truth to which they are called; 3) the many ways that men have sought to hide from the truth or to distort it or to pretend it is only up to their conscience or to pretend that truth does not even exist.  In Schola and drama and their daily life as students, they will be called forth to embody the beauty which education urges upon them.

In passing they must learn the great techniques of reading clearly, mentally organizing large bodies of fact into reasonable argument, and writing and speaking with clarity.  They will learn that moral behavior is not based merely in the practical but in the divine will.  It is these elements which make the liberal arts the finest of all “practical” training without ever thinking about what is practical in a financial sense.

Since the greatest of all books and sets of ideas are the Sacred Scriptures and the teachings of the Magisterium, you may ask, why do we not focus only on the great Catholic thinkers?  That would be to look only at the flower and to ignore the roots and branches.  We know that God loves all of his Creation.  The pagan writers, made in the image and likeness of God, were allowed to see many important truths and to express them with immense power, even as they mixed them with common falsehoods.  We therefore follow the appearing of truth among both the Chosen People (largely by Revelation) and those who achieved so much without the Revelation.  Then at certain great points in history we see that both come together in epoch-making ways—as when St. Augustine uses Plato’s philosophy to clarify Christian doctrine, when St. Thomas uses Aristotle to perform greater clarification, and when Dante takes the whole artistic tradition of the pagan Classics and merges them with the Christian in the Divine Comedy—as so many Church Fathers and cathedral stained glass windows had already done.  This education shows how those who resist Christ today, or who have never met him, are likely to err, and yet to share at least some portion of the Truth.  It shows that God truly has been and remains active among all his children.

It is, as expressed above, an integrated, sophisticated vision of Truth in all of its appearances.  It can only be as deep and complete as the students’ development permits, but that can be very deep indeed.  Our students regularly tell us that the first two years of their colleges are rather easy for them, unless they seek out more challenge.  Just so.  That is how a secondary program should prepare them. 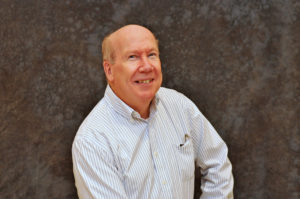